Evita se Perron is located on the West Coast Way Culture Route. The cabaret theatre and restaurant created by Pieter-Dirk Uys in 1996, is the home of Tannie Evita Bezuidenhout, the most famous white woman in South Africa. Here you can meet Tannie Evita, along with other respected and yet scandalous members of her family, as well as many of South Africa’s most loved icons and loathed aikonas. 1. What Is Evita Se Perron?

It’s a theatre, it was a railway station, it’s a museum of sorts, it’s an institution and the embodiment of the multi-talented Pieter Dirk Uys and his alter ego Tannie Evita Bezuidenhout. It is a place where the tongue is permanently in the cheek. Mostly he is a storyteller, and how that came about is a story of its own.

One day Pieter was driving to McGregor, a tiny town some 180km east of Cape Town. He took a very wrong turn and arrived in Darling, a slightly bigger rural town 80km North of Cape Town. He stopped for lunch and then bought a house.

He moved to Darling and a few months later the derelict Darling railway station building became available, so he bought that too. What was intended to be a storeroom became a major project that is now the hugely successful and totally unique Evita’s se Perron? Evita Bezuidenhout was created by Pieter during the apartheid era in the late 70’s. At the time Pieter was writing a column for a South African paper but could not write freely due to harsh censorship laws and the total control of the media by the Nationalist government. Evita’s persona was created, and as a fictitious person, she got away with free speech, informing the nation of what was really going on in the halls of power.

In the early 1980’s Pieter started performing one-man shows and displayed his brilliance as a satirist. He was brave and outrageous and incredibly clever. He cloaked his scathing commentary of the nationalist government in wit and humour. This enabled South African’s to start questioning, thinking and having conversations that were previously taboo or just too awkward to initiate.

He poked fun at everyone, said what many were thinking but were too afraid to vocalize, and taught South Africans how to laugh at themselves.

Over the years Evita’s persona developed, and today she has an entire cast of relatives who represent the ever-changing South Africa.

So Evita se Perron is a venue where you can attend live shows performed by Piter / Evita Bezuidenhout.

It is also a museum which reflects the madness of the apartheid regime and celebrates everything kitsch, quirky and uniquely South African. 4. The Restaurant And Other Attractions

The restaurant called Bambi’s Berlin Bar has an exciting new menu that includes dishes like traditional reconciliation bobotie, and Pogenpoel koeksisters. It also caters to vegetarian and kids. There is a new coffee station with a genius barista, so you can have your flat white or skinny latte with a dash of humour and a slice of cake.

The Perron Shop stocks all of Uys books, gift items from local artists and crafters and a selection of locally produced jams and preserves.

The Art Gallery depicts portraits of Evita as if done by the great masters, it is a must visit. Artworks by students of The Darling Trust’s Elsie Balt Art School are on show here and available for sale, the proceeds go to The Darling Trust.

Tables and chairs dot the outside area known as Boerassic Park. Here you will find hilarious statues, sculptures and signs depicting the characters and events of South African history. From September until April Evitas is open from 9 am until 4 pm.

Evening shows are held on selected Friday, Saturday and Sunday nights and start at 6 pm.

Evitas is closed on Christmas Day and New Year’s Day.

Evita’s also hosts a variety of local talent, some forthcoming shows include performances by the popular Koos Kombuis, Deep Fried Man and Barry Hilton. Click here to view the line up of Evitas shows and other performers and artists. 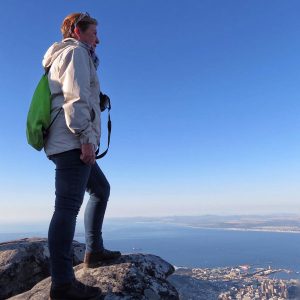