Home / Why You Should Visit Evita Se Perron, In Darling

Why You Should Visit Evita Se Perron, In Darling

A visit to Evita se Perron might not be the first thing that comes to mind when considering things to do with your family, but it is an absolute must-see for both locals and tourists alike. There is nothing quite like explaining South Africa’s history through the eyes of Tannie Evita as you stroll through the museum and continue the conversation over curried mince filled vetkoek at the restaurant.

Before you start, it helps to explain to the kids what satirical commentary is before delving into how the most famous white women of South Africa shaped the political conversion between races during the apartheid era.

Given that many comedians, especially South African stand-up comics, are too ribald for young ears, just trying to explain Evita’s tongue in cheek approach to politics and speaking out about injustices may take some time. But it is a discussion that is worth having, especially given the amount of change that was wrought by taking this approach. One of the Z’s in the dream travel team of “Tami, Anton and the Zs”

For those who are too young to know the background or are recent additions to South Africa, Evita Bezuidenhout is the demure wife of National Party member of Parliament Dr JJ Bezuidenhout. As the well-off white woman who is the proud mother of Kock, Izan and Billie-Jeanne, she is extremely comfortable in both the boardroom and the dining room and feels that the solution to the country’s troubles may be solved if everyone just sits down eats and talks.

Many a challenge has been resolved over a plate of koeksisters and a cup of tea with countless political role players who have found themselves on the receiving end of an invitation from Tannie Evita at a time of great division during the Apartheid era. The Evita se Perron museum is a monument to all the change yielded from these conversations and South Africa is better for it after 27 years of democracy. Tannie Evita, played by Pieter Dirk Uys, received a BA from the University of Cape Town (UCT) before beginning his career as an actor. After starring in The Fantasticks and Once Upon a Mattress, he furthered his studies in London where he performed in drag for the first time when he portrayed a milkmaid in a student film advertisement for milk.

Once he returned to South Africa, his Tannie Evita persona took center stage as he claimed fame as a political activist while taking the form of a white Afrikaner socialite and toured the local and international stage with his one-woman shows.

Evita se Perron is housed in the buildings that used to be Darling train station and is quite a sprawling selection of history, books, and food. The bar, which also serves light meals, is a well-priced delight of comfort foods like homemade pies, vetkoek (deep-fried dough balls served with sweet or savoury fillings) and jaffles (toasted sandwiches usually made in a special circular press over an open flame) and is known for their delectable cheesecake and milkshakes. Before the Coronavirus pandemic, Tannie Evita would host her cabaret-style shows at the more formal dining restaurant and cabaret venue, Kossie Sikelela which is, once again, open for bookings. Bookings can be made via the DinePlan link on https://evitaseperron.com/darling/restaurant/ Once you have sated your appetite at the restaurant, you’re invited to explore the museum filled with letters, pictures, and other quirky pieces for a stroll through history during a particularly trying time. The museum extends into a garden setting outside and this area homes statues, posters, flags, and t-shirt displays depicting the years before democracy and the 1994 elections.

The book shop is made up of an eclectic mix of fiction and non-fiction so don’t forget to have a lingering browse over the books available. Whether you’re a fan of a saucy novel or a delectable recipe book, you’re sure to find something to tickle your fancy. Locals can display their arts and crafts on the veranda just outside the bookshop so make sure you stop by and pick up a small curio to commemorate your visit. The small town of Darling may be a long drive for a large majority of city dwellers however it is well worth the trip, especially if you plan and add a few other stops to your itinerary.

The best thing about this little community is how supportive they are of local businesses and we highly recommend you also book a beer tasting at Darling Brew and pick up some padkos at Darling Sweet before you hit the road again.

West Coast Way has created a series of road trip routes that twist and turn like the strands of a koeksister and lead to a destination that is just as sweet. They are always on hand to advise and recommend a route to suit your tastes whether you’re in the mood for a wine farm experience or a wild West Coast discovery. Why not get in touch with them on social media @westcoastwaysa or use the information in the link above to book a tour with an expert to experience the West Coast like a local? Bookings can be made via the DinePlan link on https://evitaseperron.com/darling/restaurant/ Written by Tami, Anton and the Zs 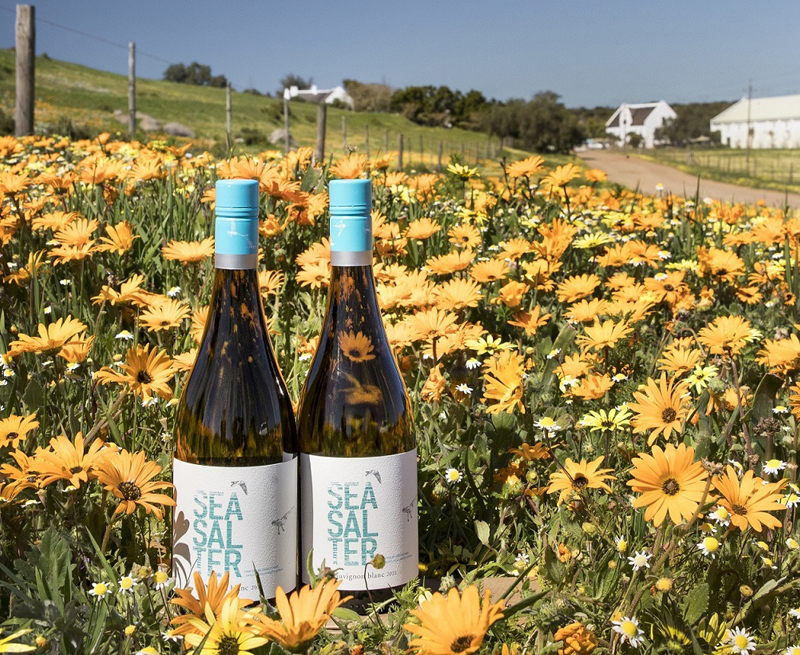 Groote Post Release The 2021 Vintage Of Their Much-Loved Seasalter Amidst A Blaze Of West Coast Spring Flowers “September is a magical time for us” enthuses Peter Pentz junior of Groote Post, the historic Darling Hills farm owned by the Pentz family. “The West Coast puts on her beautiful spring floral display, the entire landscape… Read more »