In what is potentially one of the most exciting developments for the region and its communities to date, the Provincial Minister of Finance, Economic Development and Tourism, Alan Winde, as well as the United Nations Development Fund (UNDF) have pledged their support of, and commitment to the development of tourism and economic opportunity on the Cape’s West Coast.

A culmination of many years of hard work and dedication by a far-sighted group of people whose commitment to the growth and conservation of the West Coast has been unwavering, has seen the Cape West Coast recently celebrate the establishment of a biodiversity corridor, the unveiling of an exciting new tourism initiative called West Coast Way, as well as a potential Mega Game Reserve.

The West Coast Biodiversity Corridor (located within one of only 35 areas which qualify as Biodiversity hotspots around the world), stretches from Blaauwberg to Saldanha and back to Darling, and is by far one of the most richly and uniquely abundant natural area in South Africa – home to two critically endangered vegetation types and the last intact lowland fynbos region within the City of Cape Town. The Corridor is also home to a rich diversity of marine and wildlife and hosts two internationally accredited Important Bird Areas, namely the Langebaan Lagoon and Dassen Island.  It also hosts world famous cultural heritage sites such as Mamre, !Khwa ttu and the West Coast Fossil Park, a National Heritage Site.

West Coast Way is an initiative that has been conceptualised to be the gateway to the West Coast, and which actively markets and showcases towns and attractions in, or near to, the West Coast Biodiversity Corridor, with a view to increasing visitors to the area and thereby improving economic growth for the stakeholders and people of the area.

Destination marketing specialist and founder of West Coast Way, Carmen Lerm, explains that the objectives of West Coast Way are to significantly increase the number and frequency of quality visitors to the region by marketing the 101 things to do and see and attracting visitors to a wider range of experiences on offer.

“West Coast Way will build a strong image of the Biodiversity Corridor as a must-visit, unique, affordable and accessible destination that offers memorable, fun experiences for the entire family,” says Lerm.  “We will be working closely with businesses and attractions in the corridor to market them to South Africans and visitors alike.  Various packages have been designed which offer a sliding scale of marketing activities.  A basic business listing starts at just R250 per month, however, for true effect there are also more premium membership packages available that offer a myriad of services to effectively market businesses.”

In an event held on the West Coast and attended not only by local stakeholders but also by dignitaries from the UNDF, the Department of Environmental Affairs, SANParks and the GreenFund, the results of the West Coast Biodiversity Corridor Landowner Survey Report were revealed, and significantly – 82% of the landowners in the region have given overwhelming support to explore the potential to establish a mega game reserve along the West Coast, stretching from the Blaauwberg Nature Reserve to the West Coast National Park with the Darling Hills as a possible eastern boundary.

This idea behind the mega game reserve is for landowners to take down fences to enable the establishment of an integrated reserve and the introduction of new game species that will be allowed freer movement.  This would catalyse related-investment into the West Coast Corridor, such as the development of hiking and biking trails along the full length of the Corridor, including the coastline; a variety of tourism accommodation and conferencing facilities; terrestrial and marine adventure experiences; and different game-related tourism and industry products.  This would be a win-win for all stakeholders within the region stimulating new business activity, green jobs and the expansion of the formally protected area within the Corridor in recognition of its biodiversity and heritage value.

In a keynote address at the event, Minister Alan Winde pledged both his and his department’s wholehearted support, both financial and otherwise, for all of the exciting initiatives taking place on the West Coast and expressed his belief that these innovative projects would achieve their long-term objectives to the overall benefit of the entire region.

Excitingly – during his address at the event, Mr Babatunde Omilola, a Senior Economist for the United Nations Development Fund pledged 8,5 million US dollars over a five-year period to implement both the recommendations of the  West Coast Biodiversity Corridor Landowner Survey Report and to drive similar initiatives elsewhere in South Africa.  The funding will be disbursed in terms of an agreement entered into between the South African government and the UNDP with the prime objective of expanding and improving management of protected areas in South Africa’s biodiversity hotspots through collaboration with the private sector and communities.  The goal is to establish 197 000ha of new protected area in South Africa in a manner that benefits everyone.  The West Coast Biodiversity Corridor has been heralded as an excellent illustration that biodiversity and heritage protection can be to the direct economic and social benefit of communities and landowners.

“The developments taking place on the West Coast are extremely exciting – not only for the local communities but also for the Western Cape and South Africa in general.  It is so important to protect our natural wealth and the establishment of the biodiversity corridor and the possible mega game reserve are powerful ways in which to do this.  Not only that but these initiatives promise to create jobs and improve economic conditions on the West Coast and if the financial support from the UNDF can assist to make these projects, and others like them throughout SA, a success then it is a win for all of South Africa,” concludes Lerm. 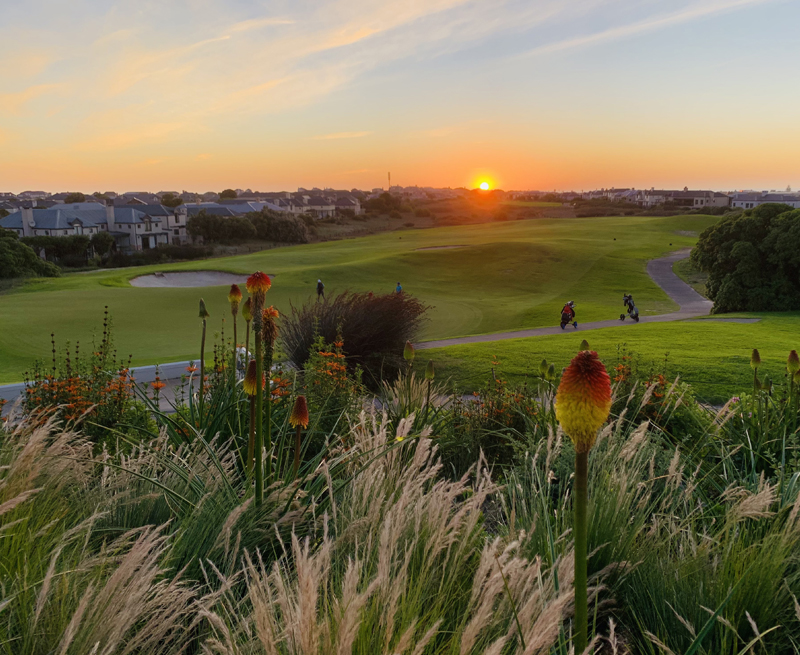