Home / Geelbek is for Foodies

Geelbek is for Foodies

What does a West Coast Winter taste like? How would one encapsulate into a dish a landscape gone into hibernation and yet so alive during the Cape’s rainy season? The months of May to July have always warranted warming fare, eaten simply and in good company around a roaring fire, with the scent of the storm-tossed Atlantic high on the cold North-west wind. 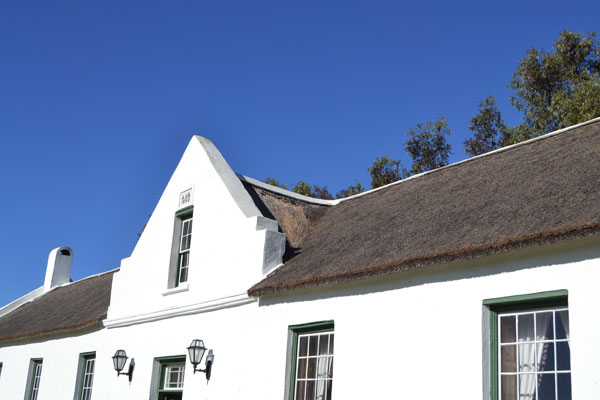 This is exactly the kind of sensory experience that can be found on the winter menu at Geelbek Restaurant in the West Coast National Park. Situated in a centuries-old farmhouse, Geelbek has that thatched charm that so complimentarily lends itself to the surrounding wetlands and the azure waters of the Langebaan Lagoon. Although a popular attraction during the flower season of August and enjoyed throughout the warmer months for all sorts of aquatic activities, this unique destination really comes into it’s own as the temperatures drop. Elmarie Leonard, manager and head chef at Geelbek is passionate about keeping the traditions and tastes of the old West Coast alive. By incorporating contemporary flavours that compliment and enhance existing recipes, she has been able to transform dishes that have been passed down through her family for over three generations while still retaining their history. This makes for a menu that’s as full of a warm and welcoming personality as Elmarie has and it definitely shows. Opting for three courses is a must, and with dishes such as Seafood Bisque, Lamb Shank Pie with a red wine reduction and Rustic Apple Tart with homemade crème anglaise on offer, an entire afternoon of deliciously unhurried dining is the only way to properly experience Geelbek. Upon entering the restaurant, a sign gently warns patrons to slow things down to tortoise speed – this is after all the West Coast, and we don’t like to rush a good thing! This is exactly how Elmarie encourages visitors to enjoy the food at Geelbek. Made with love in the original farmhouse kitchen, the fare prepared here evokes images of long, lazy afternoons with friends, relishing each unique flavour and appreciating true slow food – always made fresh that same day. A true culinary perfectionist, Elmarie’s homemade sauces, stocks, breads and pastries are something to savour and appreciate. You won’t find anything premade or processed in her domain. Wild herbs such as thyme, sage and rosemary are foraged for each morning and, if the eland or porcupines haven’t got to them first, are used to flavour the full-bodied Mushroom & Biltong Soup. The wild herbs also play a starring role in her Beer Bread, which also features the produce of Darling Brewery. Wild figs are picked during their zenith in the summer and preserved in rich syrup infused with thyme gathered from the veld. These are added to thick clotted cream as an accompaniment for the Tipsy Tart – a date-studded dessert, darkly decadent and redolent of brandy. This attention to detail when sourcing local ingredients is something that is felt strongly about here at Geelbek – a sort of unanimity that builds lasting friendships and allows further exploration into the varied essences of the West Coast. Culture and history are also added to the cooking pot, with flavours inspired by the Dutch, British, Portuguese, Norwegian, Afrikaans and Cape Malay settlements that have existed along this coastline for centuries.

As humble as she is warm, Elmarie stresses that the food offered at Geelbek is not fine dining and it’s true – you won’t find truffle oil, Parmesan foam or micro greens turning up on your plate. What you will find is rib-sticking recipes that are classically executed to satisfy the soul as much as they do the appetite. And what with seasonal ingredients such as seafood caught daily as well as venison direct from the surrounding game farms, for the true connoisseur this is what true fine dining should actually be about.

The winter menu at Geelbek Restaurant will run until the end of July and the start of Flower Season in August. Booking is recommended, as is the desire to slow things down, breathe in the scent of the bluegum trees and turn your day into a celebration of slow food, good friends and a West Coast winter!

What is a foodie?
A foodie seeks new food experiences as a hobby rather than simply eating out of convenience or hunger.
… a person who enjoys and cares about food very much. Source: Merriam-Webster 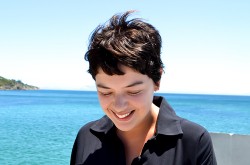