Elands Bay to Strandfontein: The Little Known Gem of the West Coast This beautiful stretch of coastline with its long white beaches, rocky inlets, and shells washed up by the tide is one of the hidden gems of the Cape West Coast. Elands Bay in the south is the surfing mecca of the area while Lamberts Bay to the north is well known for its fishing, diamonds and birder’s paradise, Bird Island. Doringbaai and Strandfontein are small fishing villages dotted along the coast. The inland towns and villages of the region are of historical interest and a surprising number of vineyards can be found in this rugged landscape. The fishing along this stretch of the Cape West Coast is done by local fishermen who adhere to sustainable fishing methods which are defined as follows:

Sustainable fishing is harvesting only as many fish as the fish stock can accommodate while maintaining its population at healthy levels.

The area is best known for its West Coast Rock Lobster, Jasus lalandii. Locally known as ‘kreef’, the species is under severe pressure with stock levels at just 2.5% of its historical size. This is largely due to overfishing and a huge increase in poaching. The rock lobster is particularly vulnerable as a result of its slow growth with females only maturing at five years of age. The species can live from 30 – 50 years. SASSI has red-listed and declared lobster endangered species. The prediction is that if nothing is done; in five years’ time there may be no West Coast Red lobster.

Started in 2004, the Southern African Sustainable Seafood Initiative (SASSI) was established to drive change in the local seafood industry by working with suppliers and sellers of seafood, as well as informing and inspiring consumers to make sustainable seafood choices.

Fish that can be consumed with a clear conscience include Angelfish, Yellowtail, Hake, Hottentot, and Kingklip – all fished commercially. Snoek, Harder, and Kabeljou are also caught locally.

To ensure that you are always eating sustainably, download the app on the SASSI website and use it as a pocket guide. Alternatively, SMS the name of the fish you would like to eat to 079 499 8795

Before buying or consuming always ask yourself these important questions:

Steenbras and Galjoen are not on the SASSI list as they may not be sold commercially. They can, however, be caught by recreational fishermen.

Fresh-water fishing can be done in the tranquil Verlorenvlei near Elands Bay.  For a more exhilarating experience, fish off the rocks at Strandfontein or go hiking, birding, surfing and wine tasting.  The little-known stretch of coast between Elands Bay and Strandfontein offers something for everyone.

Enjoy the wines of the area when you visit this beautiful part of the Cape West Coast:

Welcome to the world of Sauvignon Blanc Kookfontein is a small boutique vineyard. They tell the story as follows: “Kookfontein’s Sauvignon Blanc is grown on the northern bank of the Jackals Creek, near the rustic seaside town of Lamberts Bay. The vineyard overlooks the nutrient-rich kelp coast of the Atlantic Ocean, five kilometres to the west. During the summer months a cool, crisp sea breeze influences the ripening process of the grapes, ensuring the prefect growing conditions for a fine palatable white wine.” Of course the cool climate plays a crucial role.

Admiral Sir Robert Lambert, commander of the Cape Town Naval Station in the early 1820’s, ventured up to the Cape West Coast in 1926 to map out the furthest reaches of this rugged coastline. The town of Lambert’s Bay was later named to honour this adventurous spirit. Sir Lambert Sauvignon Blanc became the first wine to be certified as being made from grapes of this ward. The ward of Lamberts Bay was registered as a new Wine of Origin in 2007. Support locally produced wines and contribute to sustainable living practices.

The vineyards are only 650 meters from the Atlantic Ocean – at Bamboesbaai, north of Doringbaai. No wonder then that the people at Fryer’s Cove describe their wines as “forged of the earth and tempered by the sea”. And tempered it is with a lot of mist and a cool climate. Wxperience the Fryers Cove Sauvignon Blanc and Pinot Noir from the charming wine tasting venue at Doringbaai harbour and pair with a cheese platter. 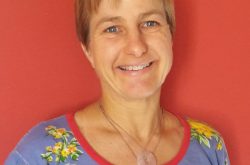 Karen Korte lives in Darling and has a BA Journalism from Rhodes University.

Find a 101+ things to see and do on the West Coast Way: Enjoy wine, craft beer, olives and Rooibos tea tastings, Weskus cuisine and braaivleis (barbecue), swing into Citrusdal with a zipline, go Cederberg bouldering, jump into natural (warm) pools, step onto cruises of lagoons and rivers, trek through nature reserves and a National Park, hop onto game drives, try the skill of archery and angling, get your adrenaline pumping with sand-boarding and quad-biking, go horse riding, learn about the San culture and Riel-dancing, do kite- and windsurfing, chill in your flip flops and do surfing, book a kayaking trip, go beach hopping, learn about bees, whales and listen to our birds in a twitcher’s paradise – all in South Africa’s wildflower reserve. For more information on the West Coast’s top places to go, road tripping, hikes, tours and trails, explore westcoastway.co.za or call West Coast Way on 0861 321 777.  Follow us on @WestCoastWaySA on Instagram, Facebook and Twitter.
Categories: Blog
← Previous Next → 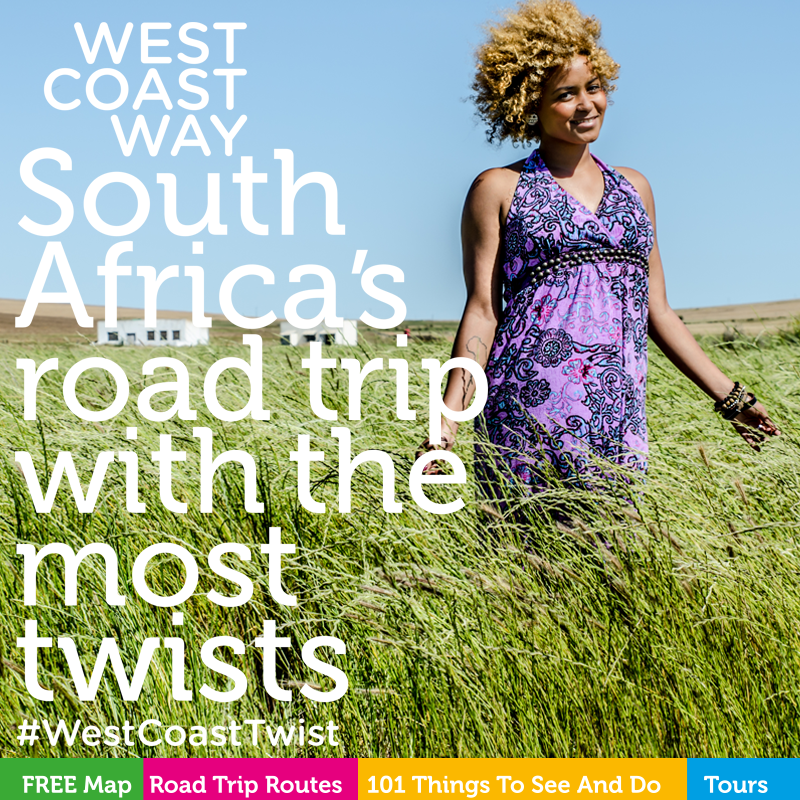