Darling Brew South Africa: The Art and Heart of Beer

The golden wave of craft beer has been hitting South Africa with a loud cheers during the last few years. More than 130 microbreweries are scattered all around South Africa and Darling Brew, a brewery on the West Coast Way’s heritage and scenic route, is no stranger in the industry of craft beer. Find here the new home of Darling Brew South Africa.

Darling Brew South Africa started as an idea in 2007 when the dynamic duo, Philippa and Kevin Wood, left their home for an African adventure. As they traversed over the continent and tasted beer in all shapes, sizes and sizzles their dreams got bigger. Upon their return to South Africa they put the dream of a brewery into motion; there were a few stumble blocks and hiccups on the road (some caused by beer, some caused by logistics), but luckily they met Chris Barnard (the beer doctor, not the heart surgeon), a chief brewer with a heart for beer brewing.

If you fast forward to today and steer your car to the outskirts of the darling town, Darling, you stand in the middle of the dream the Woods had nearly a decade ago. Upon entering the Tasteroom the smell of beer, thirst and a jovial South African spirit hit your nostrils. Your senses go on a journey and you experience their dream, their passion and the success of Darling Brew. You taste liquid craftsmanship and listen to the cheerful chatter of patrons clinking glasses against the backdrop of sounds coming from the brewery where the golden delights are being processed from malt to bottle. Striking images, in dramatic black and white, fill the walls; the Verreaux’s Eagle, the skull of a Spotted Hyena, the Honey Badger and a Zebra, all logos of some of Darling Brew’s craft beer. The Tasteroom of Darling Brew South Africa reflects brightly in the silver-polished cylindrical vessels and tanks, the view is part of the experience. The empty tables quickly fill up; Capetonians come through for the day, and vacationers make a pit stop. Marnus, one of Darling Brew’s knowledgeable beer whisperers, give us a quick yet in-depth tour. Next to one of those shiny cylindrical vessels, I venture off to my brain brewery and get caught in my own pasteurisation moment of how this industry has changed the concept of “just beer” into a form of art. My train of thought gets interrupted as I hear “beer is basically just water” (and I always thought that one beer equaled seven slices of white bread). Water is a substantial ingredient in beer and accounts for up to 95 percent of beer’s content (talk about having your bread buttered on both sides). The type of water can also influence the taste and the brewing efficiency and there are actual health benefits lingering around in your favourite cold one.

In the Tasteroom Marnus brings out our tasting samples. There are 14 beers. We get a taste of every single one because, well, it is basically just water and who doesn’t want to take advantage of the health benefits? Some of the beers are light, some are dark and others are pitch-black; the lowest alcohol percentage is 2.6%, the highest is 9%, this one tastes like citrus, and another like honey. Every beer has a different name, every name represents an endangered animal and every range supports conservation programs with donations. The artwork is exquisite, the description is spot-on and the cause is making a difference.

All South African’s can be proud of Darling Brew South Africa – as an icon of entrepreneurship with a great taste! How To Taste Beer

There is more to beer than a cheers, a chug and a burp. The experts say that one should never drink an ice cold beer since the coldness has the ability to mask some of the flavours. According to the beerologists you need to follow these steps when tasting a beer: The masterminds behind Darling Brew just couldn’t let go of the word “slow” during the brewery’s initial phase. The concept of Slow Beer started and the couple said, “Slow Beer is not only the name of our first beer, it is our philosophy, encompassing all of our beers, highlighting their slow fermentation process and why people should choose it over mass produced beer. It has also got the minds wondering ‘what is slow beer?”

Slow Beer found a home in Darling amongst other unmatchable places like Evita se Perron, attractions like Darling Museum, eateries like The Flying Pig and toffee heaven, Darling Sweet. It is a beer that fits right in with the slow town and the name and symbol was inspired by the Geometric Tortoise, one of the rarest tortoises in the world and endemic to the Western Cape. Make a day of it, enjoy the great selection of beers and indulge in the variety of platters and food options on the menu.

For more information you can call Darling Brew at 021 286 1099, send an e-mail to [email protected] or put ‘48 Caledon Street, Darling’ into your GPS and just hit the road…it is only one hour from Cape Town. 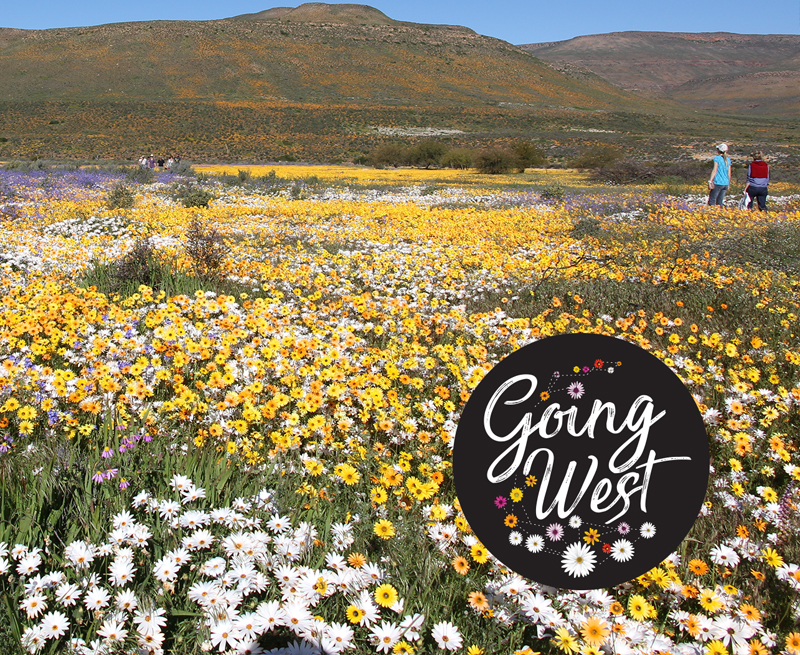 We take you on a Going West adventure of Sandboarding and Quad Biking on great wave-like West Coast Atlantis Sand Dunes in South Africa. Pick up at Airport Or Cape Town hotels, B&B’s and major shopping centres, like Century City and Cavendish and V&A Waterfront. Book today.