Let’s unpack the top attractions offering the best West Coast Conferences – with meetings and wedding venues – to a national and international market.

The Cape West Coast is earning a reputation as one of the most desirable destinations for MICE. Not the rodent variety, but rather referring to the acronym given for Meetings, Incentive activities, Conferences and Events.

Venues in the Cape West Coast that cater for West Coast Conferences, group events & meetings are reporting a sizeable growth in the volume of bookings, with the average being an approximate 45% increase year on year.

Key to this growth has been investment by the venue owners towards upgrading the facilities and technology to cope with an increased numbers of guests, coupled with increased awareness of the availability of these premium destinations through marketing.

James Vos, Shadow Minister of Tourism, says that events and corporate tourism is crucial for the success of the tourism sector on the Cape West Coast, and can make a significant contribution towards improving the lives of the communities within the area through increased income and availability of employment. “Corporate and events tourism generally represents a segment of higher end spenders and contributes hugely to breaking seasonality income patterns in a place such as the Cape West Coast.”

Carmen Lerm, Founder of destination marketing company West Coast Way, explains that part of the success and increased popularity of the attractions on the Cape West Coast that cater for conferences and events is that they not only offer top-class venues in which to host the event, but they ultimately offer peripheral activities that make any function or event that much more memorable.

“A venue such as Thali Thali Game Lodge for example also offers game drives, bush walks, archery and an a-la-carte restaurant serving traditional West Coast food served alongside a crackling open fire under the stars. All of this paired with an upmarket tented camp, guest cottages and the original farm house, means guests can come for the day or stay for two or more days.” “Another example is !Khwa ttu, which is located on the R27 and offers a high-tech conference space, natural breakaway spaces, San guided nature tours, mountain biking trails, a boma from where Table Mountain can be viewed on clear days, and a top-class restaurant. Small groups can also be hosted in the accommodation.” Michael Daiber CEO of !Khwa ttu says that their aim is to enhance the conference goers experience as a unique heritage and culture enriched experience of the first people of South Africa, the San. Furthermore !Khwa ttu is a registered Fairtrade attraction thereby offering guests a responsible tourism experience of world-class standards.

Lerm says that other attractions situated along the West Coast Way routes that are rightfully seeing an increase in events bookings include Melkbosstrand‘s The Lodge at Atlantic Beach, which is situated on a premium golf estate; Evita se Perron and Darling Brew, both situated in the town of Darling; Club Mykonos, located in Langebaan; the Protea Hotel by Marriott® Saldanha Bay in Saldanha Bay; and the Piekenierskloof Mountain Resort, which is located on the N7 overlooking the valley of Citrusdal. “The fact that these venues offer facilities with global standards is indicated in the recent award achieved by the Piekenierskloof Mountain Resort, which was named Best Mountain Resort on the continent in the coveted Haute Grandeur Global Hotel Awards.

Protea Hotel by Marriott® in Saldanha Bay is a hidden gem and overlooks the largest natural harbour in the Southern Hemisphere. It is the ideal venue to host groups and conferencing with up to five venues to choose from that vary in size and can cater for a variety of events – from intimate meetings, year-end functions or private dinner parties of 20 delegates to massive cinema style of 250 delegates.

Lerm goes on to state that Responsible Tourism remains at the heart of many of the West Coast Way attractions who have made it an integral part of the guest experience.

“The unique Cape West Coast – situated between the mountains of the Cape and the Atlantic Ocean, with its scattering of small towns and farming communities – is also blessed with the biggest natural garden in South Africa, with the flowers in Spring carpeting the land for as far as the eye can see in some places,” says Lerm. “Added to the natural beauty of the area are the passionate and hard working local communities that are actively working together to increase awareness of the offerings available in the region. All of this, coupled with the fact that there are competitively priced and world-class facilities available to host large-scale events and conferences, and it is little wonder that the area is seeing a steady increase in bookings.”

“SA is the number one convention destination in Africa and the Middle East, whilst Cape Town is ranked amongst the Top 100 cities in the world for conventions, and now the Cape West Coast is starting to command a slice of the attention as a top destination for the MICE industry. We are thrilled about this as the corporate tourism and events attract direct spend and investment, creating jobs and positively shaping perceptions about the Cape West Coast as a destination,” concludes Lerm.

For more information on West Coast Way Routes and the list of 101+ Things To See And Do in the Cape West Coast, visit our events page. Choose to go on a self-guided adventure drive by following the routes, or book an air-conditioned trip to top West Coast attractions in South Africa. 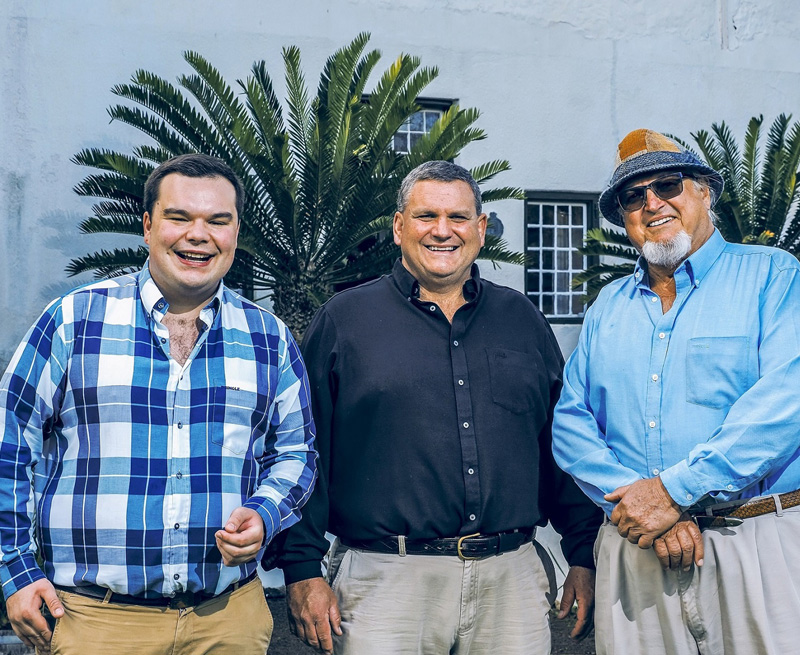